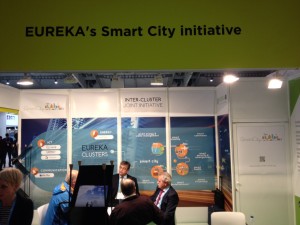 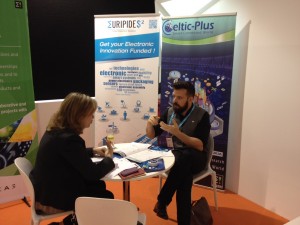 Experts from Celtic-Plus and the other organisations informed interested visitors about opportunities for publicly funded European collaborative R&D projects and about the involvement of EUREKA and its Clusters in Smart City activities. The stand was well visited by many interested people, and the offers for separate bilateral discussions were much utilised. A significant number of visitors showed high interest in participating in publicly funded collaborative projects of the EUREKA Clusters.

Celtic-Plus has already a number of Smart City projects, such as ASUA (Advanced Sensing for Urban Automation), E3 (Health Services Everywhere and for Everybody), HFCC/GOLD (Hybrid Fibre Copper Connectivity based on G.fast), CoMoSeF (Cooperative Mobility Services of the Future) , and TILAS (Technology Improvements for Large Scale City Deployments). Further information on these projects is available on the Celtic-Plus Website.