Traffic volumes in mobile networks are increasing and end-user needs are changing rapidly. Mobile network operators need more flexibility, lower network operating costs, faster service roll-out cycles and new revenue sources. One answer to this tough call is the combination of software-defined networking (SDN) and network functions virtualization (NFV). The first means the separation of the control plane from the data plane in networking equipment. The latter refers to executing the control and management plane functions in virtual machines using cloud computing to support the execution.

The project integrated the concepts of SDN and NFV into LTE mobile networks with specific focus on flexible end-to-end SDN/NFV architecture, efficient backhaul network, optimized mobility management, dynamic resource management and improved security. Cloud computing platforms and open source software are emerging in the mobile networks with SDN and NFV. These technologies will be applied in the 4G/LTE networks, and they will further evolve to the forthcoming 5G networks. 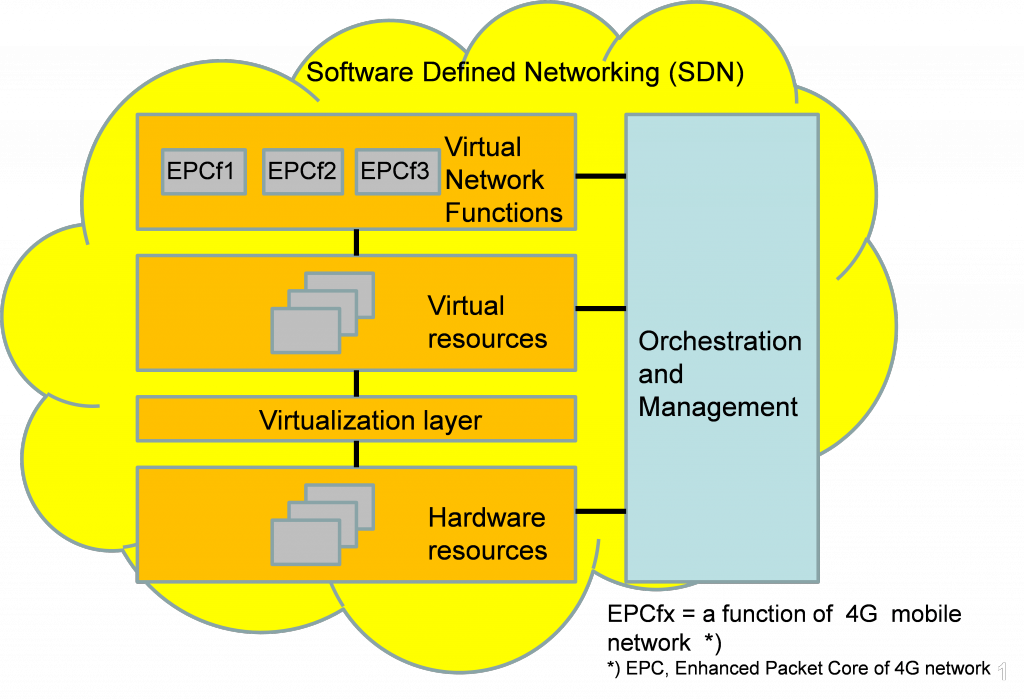 SDN/NFV improves the flexibility of resource allocation on demand in mobile networks in terms of 1) transport resources following the movements of crowds of users, and 2) services. Examples of new services are flexible caching in an optimal location, flexible service chaining and scaling the computing, memory and network capacity. As a result the responsiveness of the mobile network to user demand can be improved.

SIGMONA’s results provide new business opportunities in the form of several new or improved products for the virtualized 4G/LTE networks.

The project has been able to demonstrate test systems in the major mobile conferences, the most high profile of those being the Mobile World Congress 2015 and 2016.

A very high number of publications and conference presentations highlight the academic qualifications of the project work. One Best Paper Award at 9th International Conference on Next Generation Mobile Applications, Services and Technologies (NGMAST 2015), Cambridge, UK, Sept 2015 with the paper “Security for Future Software Defined Mobile Networks” by Univ. of Oulu/Finland, Aalto/Finland, Montimage/France, Nextel/Spain, Innovalia/Spain, Eneo/Spain was received. A book on the Software Defined Mobile Networks (SDMN) was edited and published by Wiley largely based on the work and contributions by the project partners.

A White Paper was made to summarize the key results of the project for internal and external stakeholders.