5 Winners at Celtic-Plus Awards 2016 in Stockholm 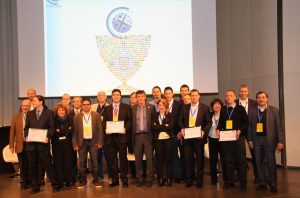 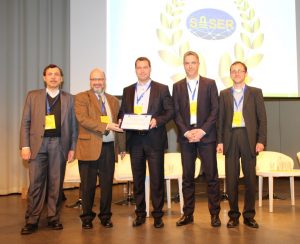 SASER has contributed to making communications networks in Europe faster, more cost-effective, safer and more secure. The goal of Celtic-Plus flagship project SASER was to provide concepts and solutions for secure transport networks in the 2020 time frame.
The quantity and quality of SASER results is truly impressive, and the business importance of SASER for Europe is extremely high. With the results of the SASER project, Europe has significantly increased its competitiveness in the areas of optical networking and network security.
Project leader: Alcatel-Lucent Deutschland AG, Germany
Duration: August 2012 – December 2015
Website: http://projects.celticplus.eu/saser/

Excellence Award in the category Services and Applications 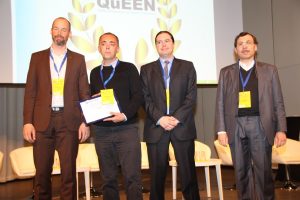 QuEEN developed a new quality-of-experience (QoE) agent, which can flexibly aggregate QoE components. The project created a powerful quality assessment tool that adapts to various communications technologies.
The project has been the source for a new paradigm in the QoE technology. It has realized a new modular and layered QoE agent that can flexibly aggregate different QoE components. The QuEEN Agent has the potential to become “an enabler for a complete new way of using QoE in many different communication related fields.
Project leader: Orange S.A., France
Duration: September 2011 – December 2014
Website: https://www.celticnext.eu/project-queen/ 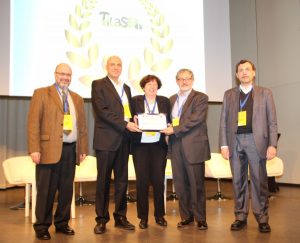 TILAS enhanced the already deployed infrastructure in Santander’s Smart City with its over 1,200 sensors. It provided solutions ranging from node testing, node packaging, latency reduction to over the air programming.
The project is an important step in the Internet of Things (IoT) development for Smart Cities. It is very positive that components developed in the project have been tested on real Smart City platforms in Santander, Seoul, Paris and Grenoble.
Project leader: TST Sistemas, Spain
Duration: Mach 2013 – December 2015
Website: https://www.celticnext.eu/project-tilas/ 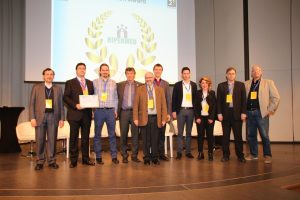 Hipermed implemented a High Performance Telemedicine Platform based on a unified Service Oriented Architecture, which provides media over IP. Trials/Demos (selection)
Five healthcare scenarios (professional-to-professional and professional-to-patient) have been implemented on the platform and were validated by medical doctors.
Hipermed was the first true Multi-domain Celtic project where 3 hospitals have been actively involved and where the expertise from the medical side became equally important as the communication aspects.
As a result of the project, one new company, VIDEOCAFE, was founded, and 20 new jobs created.
Project leader: Merkum Energética 2010, Spain
Duration: July 2010 – June 2013
Website: http://www.hipermed.eu 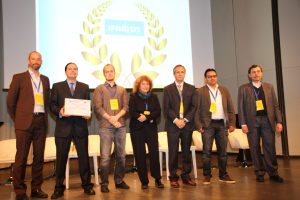 IPNQSIS developed mechanisms that allow monitoring and managing service quality of IPTV, Mobile TV, VoIP and videoconferencing. These mechanisms enable optimising the customers’ Quality of Experience.
IPNQSIS has demonstrated a high level of innovation and business relevance. A particularly strong point is the exchange and benchmarking of components, which resulted in a common vision between four national demonstrators. Furthermore, the project addressed the links between QoS and QoE through different technical approaches and for different scenarios.
Project leader: Indra Sistemas, Spain
Duration: October 2010 – April 2013
Website: https://www.celticnext.eu/project-ipnqsis/