At the EUREKA Stakeholder Conference in Amsterdam on 5th September 2019, the CELTIC projects 4KREPROSYS and E3 were among the happy winners of the prestigious EUREKA Awards. The EUREKA Awards were presented on the main stage of the DeLaMar Theater by Odilia Knap, Chairwoman of the EUREKA Network.

Three months earlier, in June 2019, both projects had already received CELTIC Excellence Awards at the CELTIC Event in Valencia – 4KREPROSYS for excellence in multimedia and E3 for excellence in the applications domain. 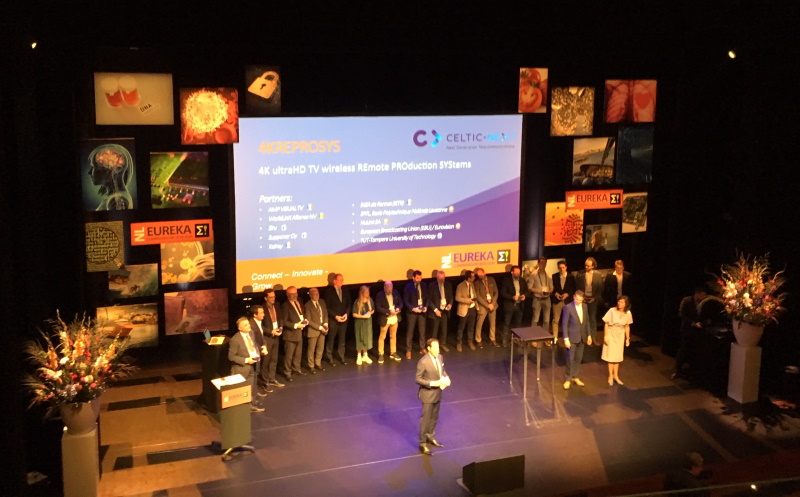 4KREPROSYS (4K ultraHD TV wireless REmote PROduction SYStems) investigated and developed a new integrated cost-effective approach for the production of 4K TV content. The goal was to cover a wide range of 4K TV production  needs, from indoor studio production to large outdoor events, such as Olympic Games, cycling, and car races. 4KREPROSYS was involved in major events like the FIFA World Cup 2018, which underlines the high relevance of the project’s solutions.

E3 (E-health services Everywhere and for Everybody) designed and implemented an end-to-end platform which enables patients and professionals in both rural and urban areas to cost-effectively access e-health services based on high-quality video conferencing technology. The platform was successfully tested in 15 healthcare scenarios and validated by doctors and professors.