HALI – Always Green Traffic Signals for Emergency Vehicles got awarded with a PRS Special Prize in the European Satellite Navigation Competition 2015. The German Federal Ministry of Transport and Digital Infrastructure (BMVI) and the German Federal Ministry for Economic Affairs and Energy (BMWi) was looking for innovative and inspiring solutions and ideas which are based on or integrate the Galileo PRS, generating a substantial and/or unique added-value to society. Such innovations are essential for enhancing public safety and security as well as economic competitiveness. 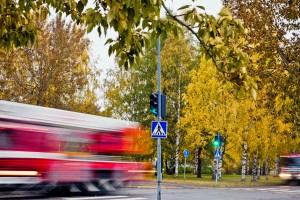 Emergency runs are a risky business. A heart attack patient or a building on fire needs to be reached quickly in order for the action to be successful. The situation comes as a surprise to other traffic and accidents are quite severe.  An everlasting green wave has been developed in Oulu, Northern Finland, to make blue light runs safer and faster. Public authorities own and share the open product, but a growing ecosystem of companies is doing all the actual work in planning, implementing and maintaining the system.

The so called HALI system is being developed further to become a national system in Finland in a Celtic-Plus labelled project called CyberWI. HALI has also international demand and piloting it in different sized European cities is being planned. The main risks with a system like this are related to radio technologies and cyber security. This is where CyberWI’s goal to improve the cyber security in wireless networks comes to play.

A video of the system in action: bit.do/HALI

A picture of th 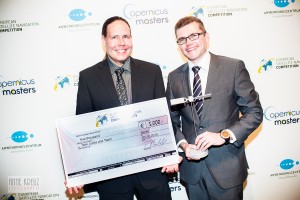