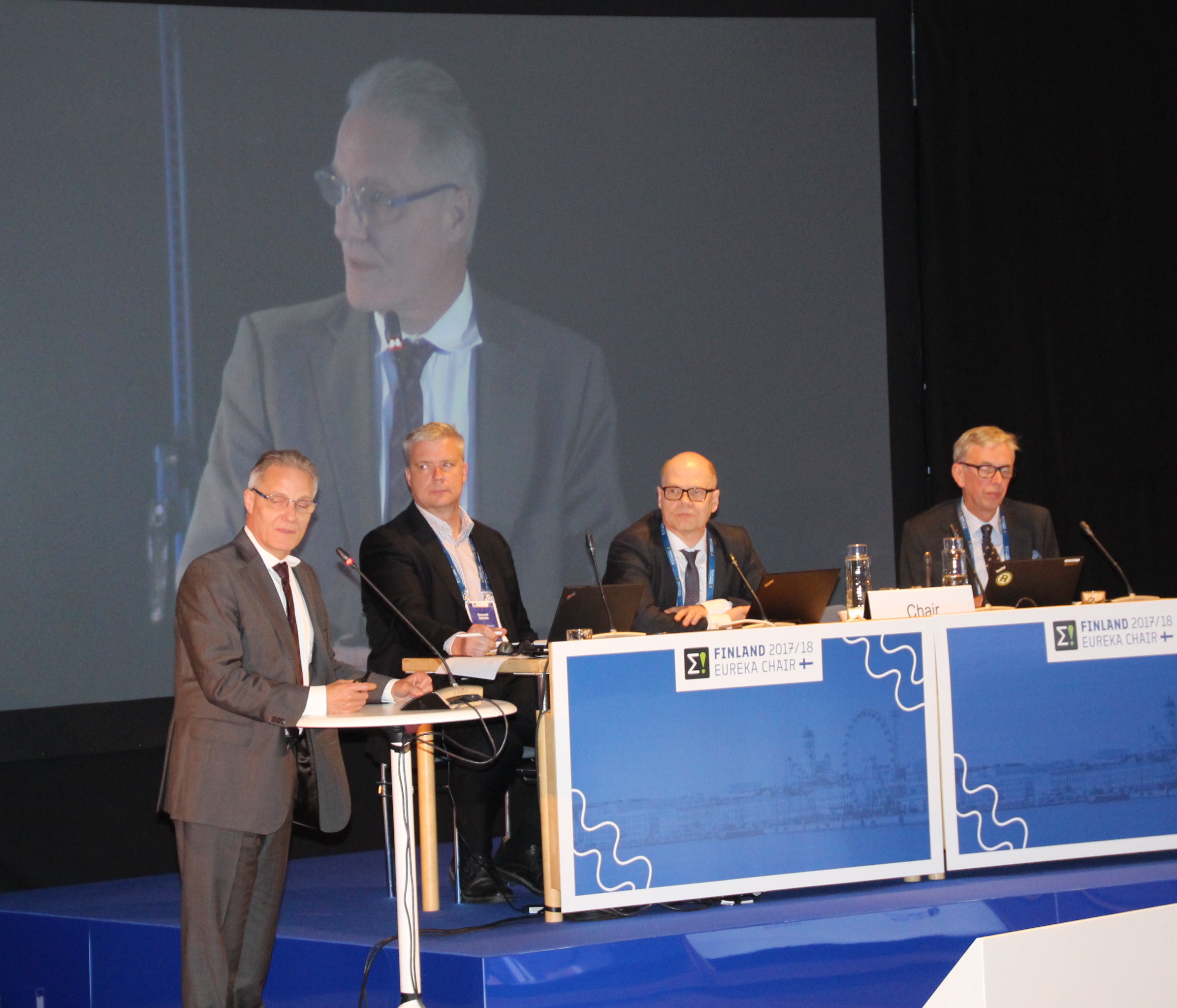 The CELTIC-NEXT Cluster received the EUREKA Label on the 20th June 2018. The decision has been taken by the EUREKA High Level Group in Helsinki. CELTIC-NEXT will start its operation in January 2019 for duration of 8 years until December 2026.

At the HLR Meeting in Helsinki CELTIC-NEXT was represented by the two CELTIC Vice Chairs Mrs Valery Blavette from Orange, by Jari Lehmusvuori from Nokia and by Peter Herrmann the CELTIC Office Director.