On 29th January, the first joint CELTIC and EUROGIA Proposers Day took place at Nokia Bell Labs in Madrid. The goal of the event was to bring together the registered participants and to stimulate projects in ICT and verticals for CELTIC and in green energy technologies for EUROGIA. By bringing together the two EUREKA Cluster communities, it is expected that this will generate cross-fertilisation between ICT and energy technologies. The Proposers Day provided new insights on recent technological developments in Artificial Intelligence, information on funding opportunities and pitches for 12 new project ideas. 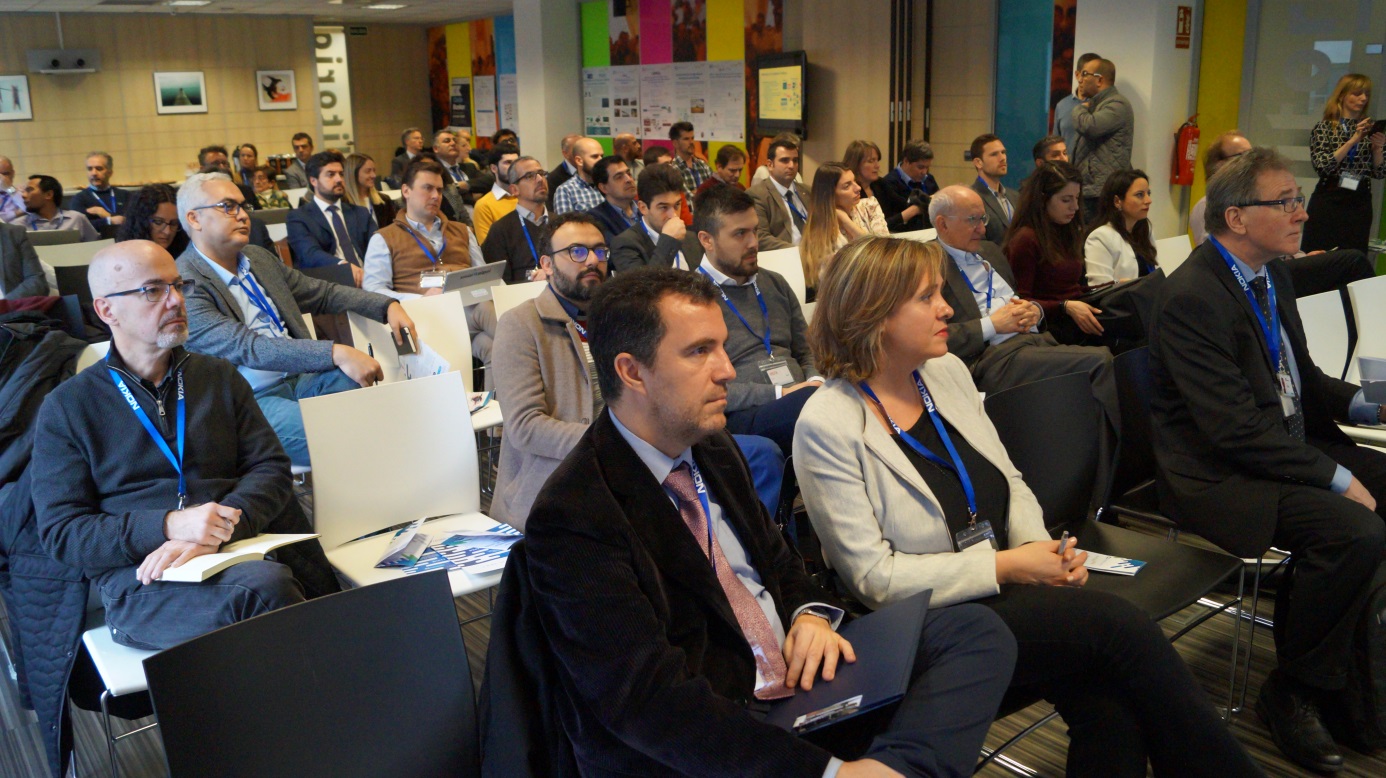 The event was opened on behave of Nokia Spain by Mr Ignacio Gallego CEO of Nokia Spain and Mr Álvaro Villegas Nokia Bell Labs, Spain. A welcome address was then given by Ms Juana Sanchez from CDTI, by Mr Pierre Besse from EUROGIA, and by Mr Jari Lehmusvuori, CELTIC Vice-Chair and head of department at Nokia Bell Labs in Finland, who also moderated the event.

In his keynote presentation, Mr Diego Lopez from Telefonica explained that the key issues of Artificial Intelligence are not so much the AI engine but the data used to feed it and the resulting action flows. The most intelligent AI engine will always remain just as good as the data used for it analysis.

Pierre Besse, Vice-President of EUROGIA and Peter Herrmann, CELTIC Office director presented how easy it is to submit a project. It is the first time that the two Clusters team up for a joint Call for projects. The Call will be open until 30th March. It is important to contact the Public Authorities as early as possible to find out, if a proposal will be eligible for funding. Both presented the eligible subjects of their respective Cluster and explained the requirements for a successful project proposal and how the online submission tool can be accessed. In addition, the evaluation process for proposals by technical experts and Public Authorities was explained.

After this, Peter Herrmann presented the first AI Joint InterCluster Call for projects. He explained that the project submission will be a single-step process and that it is essential for each partner to contact their supporting Public Authority as early as possible, to verify eligibility. The proposal information will be entered via a single common submission tool.

Ms Juana Sanchez from CDTI explained the CDTI bottom-up approach that is well aligned with the philosophy of EUREKA Clusters. She also explained how the application process for public funding via the open CDTI call works in Spain. She recommended that proposers should not forget to check the funding availability for each partner in each country involved in a proposal.

Mr. Kasturi Narayanan presented the Industrial Research Assistance Program by the National Research Council of Canada. This program addresses SMEs with up to 500 employees operating in Canada. The main objective is to generate growth of companies through innovation. The NRC has agents in the whole county helping companies to get involved in research projects, including international project in the framework of EUREKA. 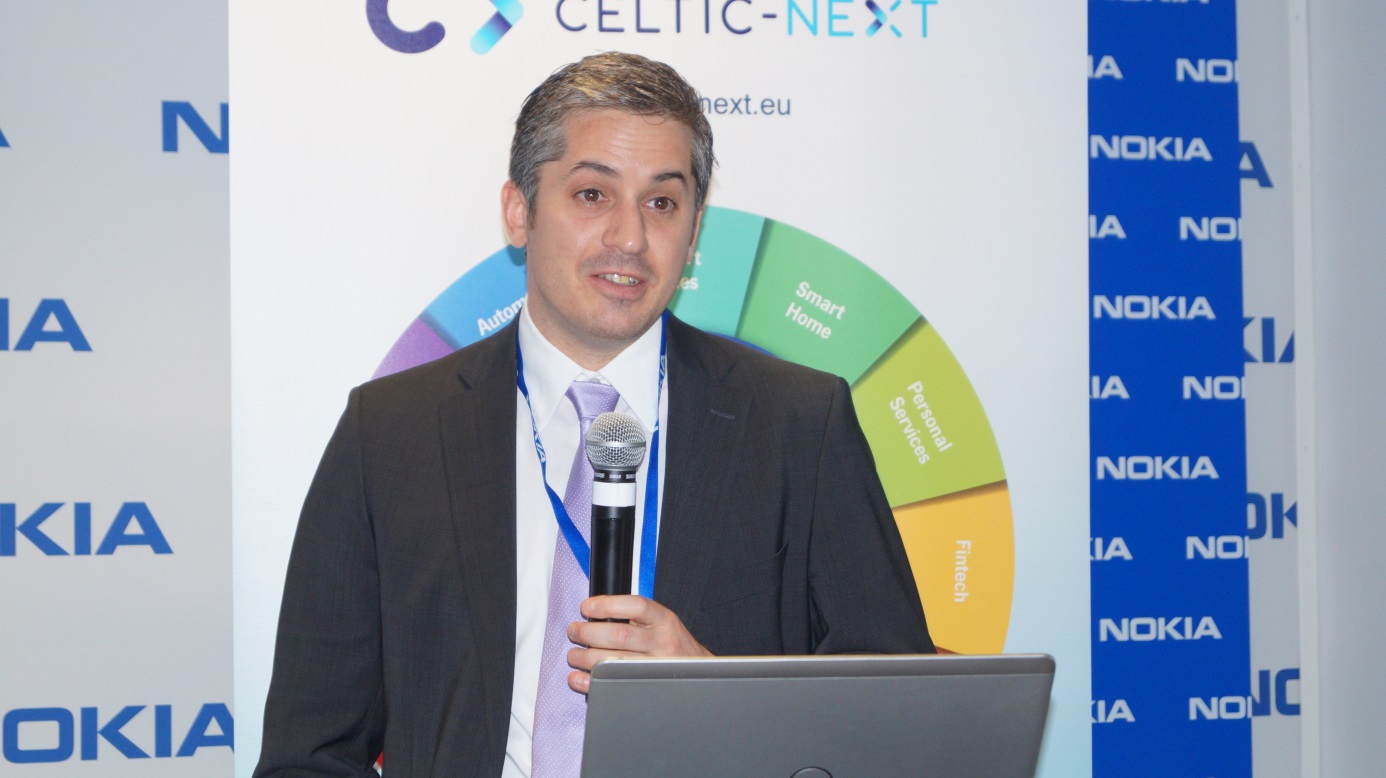 Mr Alexander Link explained the EUREKA Perspective program for companies in Luxembourg. This program addresses small and large companies. He explained the key steps for obtaining public funding in the context of EUREKA Calls and gave his recommendations on what companies have to do, to receive public funding.

Panel on business impacts of CELTIC and EUROGIA projects

Ms Maria Luisa Arranz from Nokia presented the CELTIC UNICINF project that has enabled the development of a global protocol and procedure which allows of telecommunications infrastructures at all layers recovery in an coordinated way: core (fiber-backbone), mobile network and fiber access. She reported on the live demonstration of an emergency scenario that took place at the Port of Valencia on 18 June 2019, where a simulacrum was done with multi-screen control center: police and emergency services used a private 5G network built ad-hoc with external connection via satellite. This private network was used to collect all videos recorded in different drones (aerial and maritime) and allow rescue services to manage semaphores and collect information about victims and manage the victim transfer from the control center.

Mr Oscar Chabrera Villarreal from Vilynx, Spain presented the SME-led CELTIC project E3 and two other CELTIC projects that have helped ViLynx to get into the AI and video business. Today ViLynx is growing and is also active in the US. The project also allowed the consortium to learn about the needs of the healthcare sector, as 4 hospitals and 1 medical institution were participating. A highlight was the transmission of a live surgery to two international university courses with students and doctors from France and Canada. Over 90,000 doctors from 21 countries attended a single session after market deployment.

Mr Jari Lehmusvuori from Nokia Bell Labs, Finland presented the CELTIC flagship project SENDATE that addresses Secure Networking for a Data Centre cloud in Europe. This projects was composed of 5 subprojects. It brought together about 80 partners in 4 countries, and it had a budget of €70m. Among the highlights are several world records, like the world’s first 100 Gb/s quantum safe transport over 2,800 km and the world’s first aggregation and reception of 400 Gb/s super-channel with a single photodiode for Data Centre Interconnect. The project also developed an architecture for the different data centre types, the first security architecture ever. It established an open ecosystem for open source software projects, too. A total of 65 demos were displayed around the world. Thanks to SENDATE, European suppliers are back in the business of data centres.

Ms Sophie Theys from Bureau Veritas reported about the benefits of being a member of the Eurogia Board, which is active in building and participating in an industry ecosystem of strategic importance to Bureau Veritas. She also illustrated the impacts of the Eurogia projects, such as CO2FiledLab, to develop new innovative services, such as new standards for the assessment of CO2 sequestration sites on society and the environment.

Ms Hülya Akinc from Enerjisa explained the active participation to Eurogia and its Board. She showed how Enerjisa gets benefits by proposing projects to the Eurogia ecosystem in order to develop innovative products and services strategic to Enerjisa. Hülya illustrated this impact, by describing the EnergyNext project for the asset management of distribution lines through the country using drones, thus improving considerably the energy efficiency and the costs of the maintenance services.

Another core element of the Proposers Day was the pitching of project ideas. 12 proposers presented their ideas on a wide range of ICT topics. They included Artificial Intelligence, new Sensor Technologies, Network technologies, Energy technologies, 5G and edge technologies, Smart agriculture and autonomous intelligent systems. The presentations led to productive discussions with the audience. The pitch presenters and the moderator of the session, Christiane Reinsch, announced the CELTIC Consortium Building Web-sessions to the audience and invited interested listeners of the different proposal pitches to the follow-up Web-sessions to find out about possibilities to join the different consortia of the pitch presenters. The CELTIC Consortium Building Web-sessions took place in the first week of February.

After the pitch presentations, the participants discussed the presented project ideas. The matchmaking part of the event was highly appreciated by the audience, and a number of follow-up conference calls for further discussing project ideas had been scheduled. 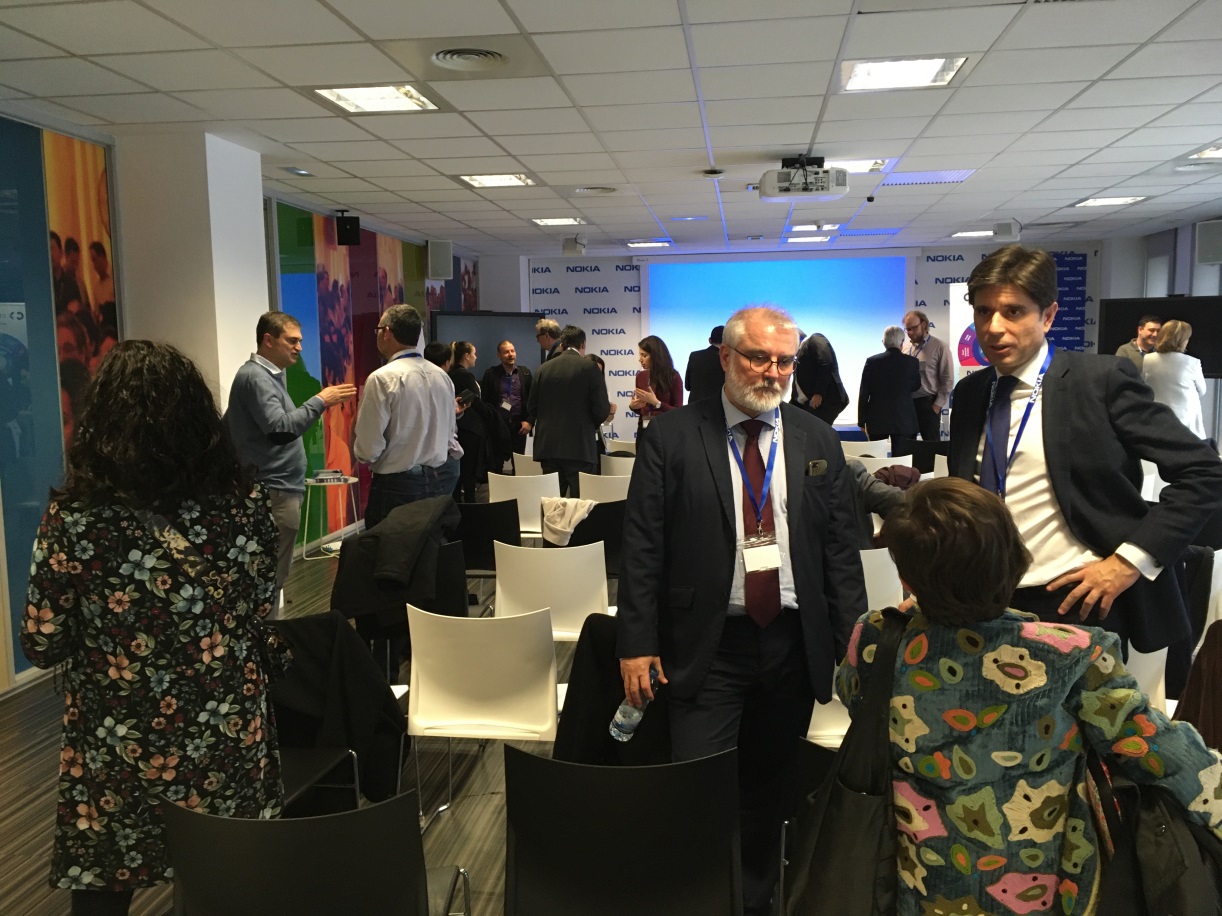 Matchmaking at the Proposers Day

All presentations and project pitches are available on the CELTIC website.