The SHARING project was created to stimulate the 4G evolution towards 5G mobile networks by developing innovative technologies designed to improve network performance and user experience. The project, launched in September 2013, was funded through the Celtic-Plus EUREKA Cluster by the Public Authorities from France, Finland, Spain and Turkey. The project has issued 29 contributions to 3GPP standards and over one hundred journal and conference publications.

The project’s main achievements include, among others: (1) rationale and forecasts (2015-2020)for worldwide and European small cells, carrier WiFi, D2D and relay markets; (2) advanced techniques required to cope with traffic increase, and to fulfill the objective of “services for everyone everywhere” such as coordinated multi-point, advanced receivers and carrier aggregation; (3) methods that can significantly reduce (up to 50%) average network energy consumption while still maintaining the desired quality of service; and (4) a software solution designed to improve user localization in heterogeneous 3GPP / WiFi networks. The impact on network architecture of all project innovations was assessed giving a hint on compatibility with current standards and implementation straightforwardness.

Among the most successfully completed achievements we have a Radio Frequency (RF) front-end and an all-in-one LTE network deployment in a PC based on the Open-Air-Interface platform[1]. 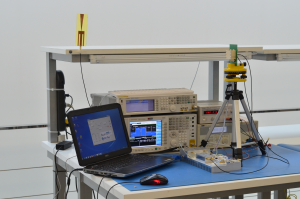 Fig. 1: Carrier aggregation including the dual band antenna from CEA-LETI

The Radio Frequency (RF) front-end was developed to accommodate up to three component carriers in a LTE-Advanced system with Carrier Aggregation (CA), in the 700 MHz and 2600 MHz bands.  The RF front-end combines an energy-efficient power amplifier and a frequency agile miniature antenna system whose designs were carried out within the project. These two contributions power amplifier and antenna system from two different partners have resulted in an integrated demonstration. The demonstrator was designed for LTE small cell base station applications and addresses inter-band CA as well as contiguous and non-contiguous intra-band CA. To improve energy efficiency, compared to conventional power amplifiers, the power amplifier is able to run at different operating points according to the target CA configurations. The antenna system has been optimized in terms of size and bulk through bandwidth reduction and frequency agility techniques. With respect to a conventional system we have observed up to 50% energy consumption savings and a size reduction by a factor ~ 3. Involved partners acquired a wide experience in the development of reconfigurable RF products extending their business on RF products for 4G and future 5G cellular systems. 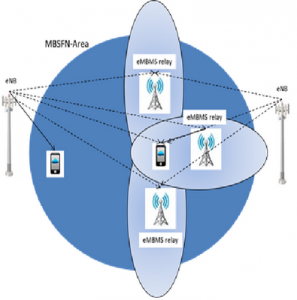 Fig.2: Broadcast relaying scenario. Great majority of locations are directly covered by the macro cell layer with a very high spectral efficiency. Only relays are added to cover the shadowed zones.

Carrier aggregation demonstrator setup composed by the reconfigurable RF front-end including the dual band antenna (on the tripod), the PC to configure the prototypes and the lab equipment to characterize them.

The all-in-one LTE network deployment is an LTE-Advanced broadcast relaying SHARING scenario. In this scenario we show how two relay nodes can collaborate under the same donor base station to cover out of range users. More precisely, we illustrate the case of a macro-cell broadcast transmission which is relayed on a secondary component carrier to the region around the relays. The relays derive time and frequency synchronization from the macro-cell base station and operate on a transmit-only mode. This completes primary carrier coverage in difficulty to reach areas such as underground or heavily shadowed zones.

Broadcast relaying scenario. Great majority of locations are directly covered by the macro-cell layer with a very high-spectral efficiency, transmit-only relays are added to cover the shadowed zones.

More detailed information can be found on the Celtic-Plus and SHARING-project websites.

[1] Open-Air-Interface is a flexible platform for 4G experimentation as well as for 5G research. It offers an open-source reference software implementation of 3GPP-compliant LTE system and a subset of LTE-A features for real-time indoor/outdoor experimentation and demonstration.